"Ian Goldsmith is a British portrait artist and the founder of the Contemporary British Portrait Painters (CBPP), an artist-led group of some of the leading portrait artists working in the UK today. Goldsmith’s practice explores the interplay of light and colour, utilising what he says is an “almost scientific fascination with the elements that make an image.” His portraits often have a playful quality, but are also cleverly composed and visually striking." - The Net Gallery
He currently works almost exclusively in oil on panel and has an analytical fascination with the elements that make an image, creating and innovating different ways to light his subjects and experiment with pigment and colour; continuing the same tradition of exploration in light and colour that so intrigued many artists before him, like Caravaggio or fellow British artist, Joseph Wright of Derby. Goldsmith’s enquiring mind and sometimes childlike awe of the world and universe around him are compelling driving forces that motivate him to represent a truthful and contemporary record of his era.

His paintings are a plea to the viewer to find the same interest in the subject that the artist has found and Goldsmith hopes that each of these works should go beyond just a mundane representation of the subject and should become a desirable object with an intrinsic longevity that will leave a record of what he’s seen. 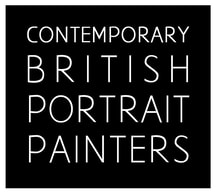